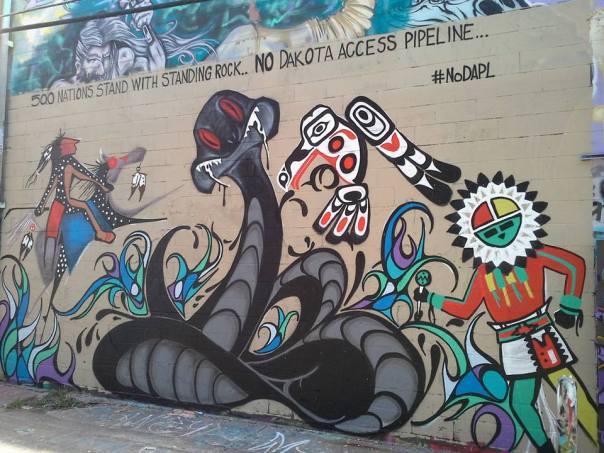 Earlier this month, Reuters reported that DNB was “reconsidering its participation” in the financing of the pipeline if “concerns raised by Native American tribes against its construction are not addressed.”

“We have initiated an independent review of how indigenous rights are safeguarded in this process,” Even Westerveld of DNB said. “In addition, we have intensified the dialogue with our customers to use our position as a bank to influence a solution to the conflict.”

“It is great that DNB has sold its assets in the disputed pipeline, and it is a clear signal that it is important that people speak out when injustice is committed,” Martin Norman, Greenpeace Norway sustainable finance campaigner, said. “We now expect DNB to also terminate its loans for the project immediately.”

This news follows the delivery of 120,000 signatures gathered by SumOfUs.org to DNB by Greenpeace Norway and others urging the bank and other financial institutions to pull finances for the project. “The writing’s on the wall for the Dakota Access pipeline. People power is winning,” Norman continued. “The news that DNB has sold its assets and is considering terminating its loans is a victory for the water protectors who are fighting to stop this disaster of a project. All financial institutions with a stake in the pipeline must quickly realize that financing this project is toxic. It would be smart for them to get out ahead of the growing movement of customers looking to divest from banks that finance the destruction of our planet and ignore Indigenous rights and sovereignty. Citigroup, TD Securities, Wells Fargo, SunTrust, and the other banks backing this project should see this as a sign to get on the right side of history.”